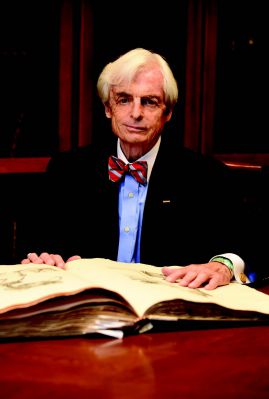 In 2000 Dr. McCarthy became an alumnus member of the Alpha Omega Alpha (AOA) Medical Honor Society Nebraska Chapter. He was honored in 2001 with the IUPUI campus-wide Glenn W. Irwin, Jr., M.D. Excellence Recognition Award. In 2002 he received the John Elliot Memorial Award that recognizes an individual for outstanding service to the American Association of Blood Banks, an international not-for-profit association dedicated to the advancement of science and the practice of transfusion medicine. One year later in recognition of his mastery of and passion for transfusion medicine, he became a Sagamore of the Wabash, Indiana’s highest award given by the governor. Dr. McCarthy retired in 2003 but has remained actively involved in his lectureship.

History is not simply a series of dates and names. Nor are the lessons it imparts ever entirely in the past. In medicine, there is the desire to always look forward, a push to constantly advance. To do so, casting a glance back is invaluable. For, Leo J. McCarthy, M.D., FRCP (Edin/Ire), this statement informs his passion for the history of medicine.

In May 2015, Dr. McCarthy made a generous gift to establish an endowed lectureship on the history of medicine. The lectureship brings experts to campus to address topics that not only enlighten and educate students and faculty, but instill the same passion to understand the evolution of their profession.

Past Lectures in the Series

Other History of Medicine Lectures

Recordings of other past history of medicine lectures can be viewed in Indiana University's Media Collections Online.