Founded in 1966, the purpose of the John Shaw Billings History of Medicine Society is to promote, stimulate, and encourage research, study, interest, and writing in the history of medicine, including allied arts, sciences, and professions; to lend its support to and to cooperate with local, national or international organizations having similar purposes; to organize and arrange meetings, forums, discussions, and lectures; to present awards and issue publications; and for any other relevant non-profit activities as may be provided for in its Constitution.

If you are interested in making a tax-deductible donation to the John Shaw Billings Society for the History of Medicine Fund to help support the study and teaching of the history of medicine at Indiana University School of Medicine, you can do so through the Indiana University Foundation: https://give.myiu.org/iupui/I320015509.html

John Shaw Billings (1838-1913) was an American surgeon, librarian, statistician, bibliographer, educator, and hospital planner who made tremendous contributions to medicine, medical education, and public health in the United States. Born in Switzerland County, Indiana in 1838, Billings graduated from Miami University in Oxford, Ohio in 1857 and with an M.D. from the Medical College of Ohio at Cincinnati in 1860. During the U.S. Civil War, he joined the U.S. Army Medical Corps where he organized Army hospitals in Washington, D.C. and served as a field surgeon at the battles of Chancellorsville and Gettysburg.

From 1864 to 1895, Billings served on the staff of the U.S Surgeon General in Washington, D.C., where he organized the medical records of the Union Army and developed the collection that would become the Library of the Surgeon General's Office (later renamed the Army Medical Library in 1922, the Armed Forces Medical Library in 1952, and the National Library of Medicine in 1956.  After retiring from military service in 1895, Billings was selected as the first director of the New York Public Library, where he served until his death in 1913. During this time, he also taught as a professor of hygiene at the University of Pennsylvania and served as an advisor to the Johns Hopkins Hospital, where he helped to build the facilities and develop the curriculum for the Johns Hopkins School of Medicine's education program. Billings also made major contributions to public health at the national level. As a member of the National Board of Health, he led a successful effort to control the spread of yellow fever and other infection diseases in the United States. 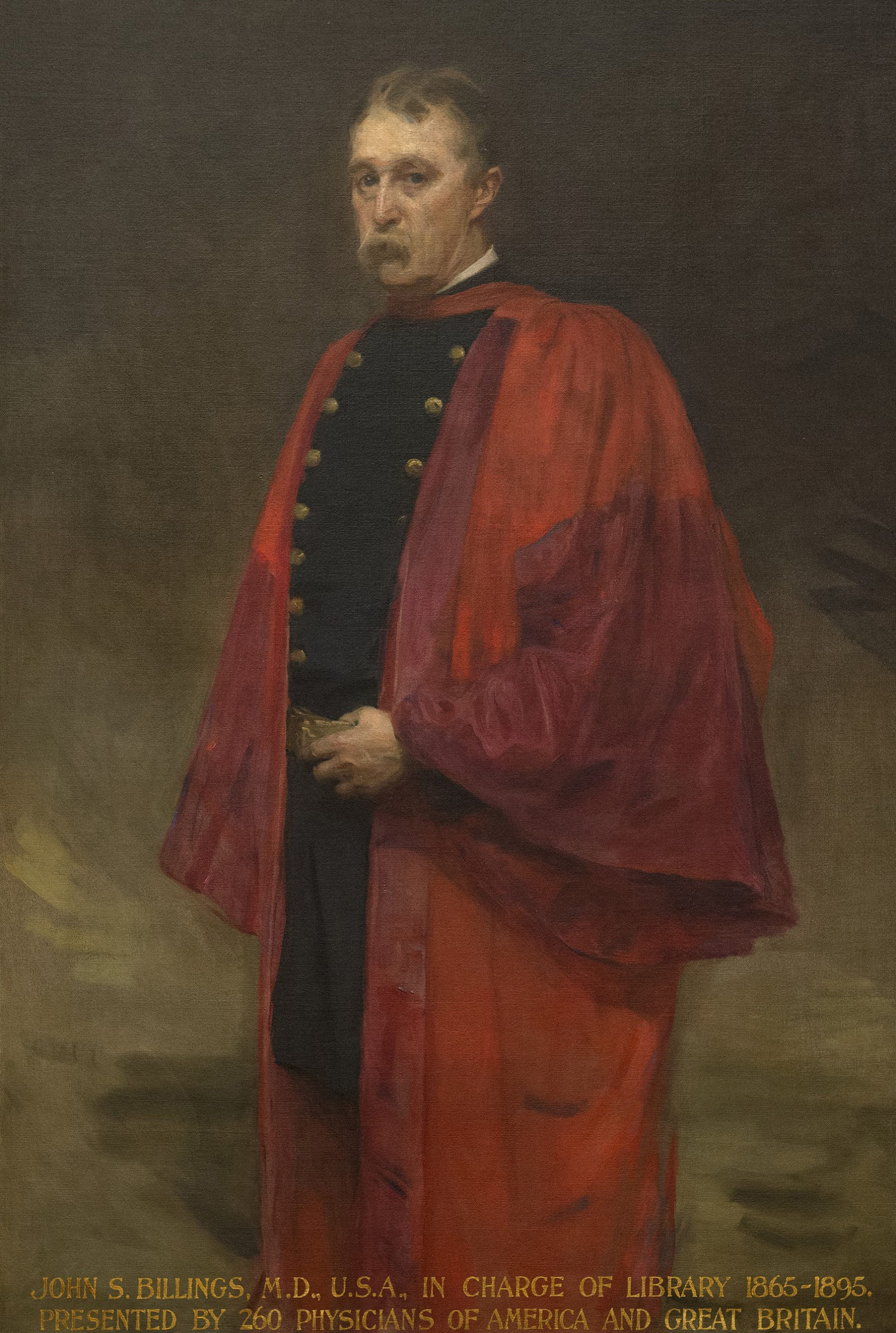 Send Us a Message